Thousands of individuals have added their voice to a campaign championed by the USPCA, Ulster Wildlife, and Northern Ireland Badger Group in a bid to end the proposed badger cull as outlined in DAERA’s bovine TB eradication strategy.

The petition, presented to Alliance MLA and Chair of the All Party Group on Animal Welfare, John Blair, garnered over 10,000 signatures and will be brought to the floor of the Assembly on Tuesday (5th October).

Commenting on the petition, MLA John Blair, said, “I welcome the public backing for the petition opposing the proposed widespread culling of badgers, as part of a strategy to eradicate bovine tuberculosis from Northern Ireland. The huge response shows the strength of feeling on this issue. The suggestion of needless slaughter of healthy badgers is contrary to public opinion and this petition is evidence of that.” 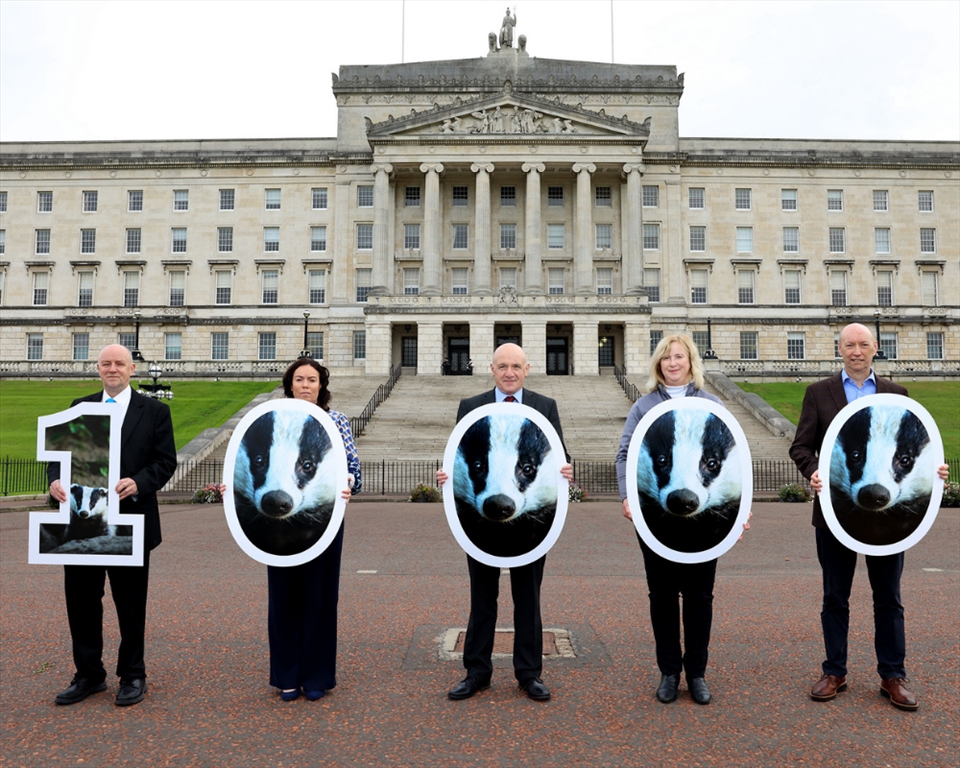 USPCA Chief Executive, Brendan Mullan, said, “We extend our thanks to those who have stood in solidarity with us to oppose this disproportionate, inhumane and unjustifiable proposal to cull healthy badgers.  Bovine TB is an intractable disease which requires investment in new approaches and emerging science if it is to be effectively controlled and eradicated.

“The current proposals lack the adoption of emerging science with regard to tackling the disease and appear to be primarily cost driven - suggesting a reduction in farm compensation, when in fact, more support is required for farmers to adequately respond to the bio security challenges of the disease, and also proposing the controlled shooting of badgers as it is the cheapest option for a wildlife intervention; despite the fact that 4 out of 5 badgers do not suffer from bovine TB.” continued Brendan.

Badger culls have been implemented in England and the Republic of Ireland in recent years, resulting in the loss of hundreds of thousands of healthy badgers. Such culls have been highly contentious and divisive within the public and political realms and have had minimal impact on the prevalence of bovine TB.

Jennifer Fulton, Ulster Wildlife Chief Executive Officer, said, The ‘Test, Vaccinate or Remove’ approach (TVR), based on a cost-effective version of the DAERA pilot project, is our clear preference.  Over a five-year period, this pilot carried out by DAERA proved to be effective in reducing the incidence of the disease from 14% to 2% within the badger population in a TB hotspot. This would remove infected badgers humanely, as bovine TB is a very debilitating disease for wildlife, as well as cattle. The disease is challenging for farmers and the reduction in compensation for cattle proposed in the consultation would be very difficult for farm families. We are not supportive of this action.

“The additional cost of TVR, relative to controlled shooting, equates to less than 50p per person per year for the NI population.  This would deliver an intervention that is ethical, proportionate and effective. We now ask our elected representatives to give careful thought and consideration to what type of future they want to see for Northern Ireland and its wildlife, in the midst of a nature crisis.”

Mike Rendle from the Northern Ireland Badger Group, added, “We are very encouraged by the strong public support for our campaign. The issue of bovine TB has generated much debate within the animal protection and farming communities and this highlights the belief that no one’s interests are being well served by these proposals. We appreciate the hardship experienced by farmers suffering the consequences of herd breakdowns, however this will only be heightened as a cull will not deliver the reduction in disease promised by DAERA. Five years down the line, the effects of compensation cuts for farm animals lost to bTB will be felt severely by these rural households.

“To allow the shooting of badgers on this scale to take place is an affront to the very laws we have established to protect this species. We’re calling on DAERA to abandon this proposal and instead work with us to progress a humane, evidence-led TB strategy.” concluded Mike.