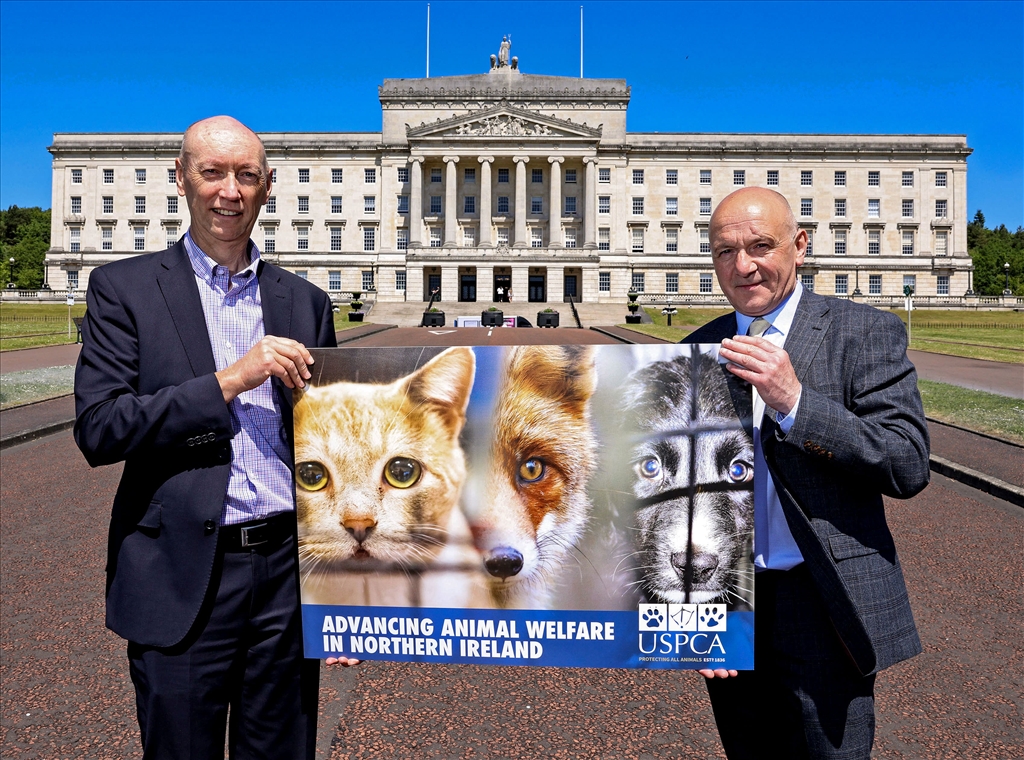 [Thursday 23rd June] Today marked the official reconstitution meeting of the All Party Group (APG) on Animal Welfare – a cross-party platform dedicated to the advancement of animal welfare in Northern Ireland. Looking ahead to the next five years, new and existing APG members noted their commitment to addressing key deficits in current legislation, with the aim of creating a society where animals are respected and free from unnecessary suffering.

The first meeting of the APG on Animal Welfare in this mandate saw the re-election of Alliance MLA John Blair as Chair and welcomed Alliance MLA Patrick Brown as the new Vice Chair.

Members also outlined urgent APG priorities including the introduction of a Bill to ban hunting wild mammals with dogs, the need for enhanced regulation of the puppy trade, the updating of animal business licensing regulations, and advancement on the establishment of a banned offenders register.

John Blair commented, “I’m delighted to have been elected Chair of the All-Party Group on Animal Welfare, and to see widespread support across the political parties for re-constituting the group to prioritise a range of animal welfare issues.

“I look forward to working with colleagues over the coming months to progress legislation and ensure these issues around animal welfare protections remain prioritised on the agenda.”

USPCA Chief Executive, Brendan Mullan, said, “The All Party Group has been instrumental in fostering increased levels of discussion on key animal welfare issues within the Assembly and we are greatly encouraged by the work carried out in the last year and a half.

“Unfortunately, the reality is that Northern Ireland is lagging significantly behind other regions in terms of the protections we afford to animals under law – shockingly, in some instances this is by as much as 20 years. In this mandate, our political representatives have a fresh opportunity to close this gap and the first crucial step will be making meaningful progress on the priorities as outlined by the APG.

“Northern Ireland is proudly the home to many animal lovers who share our passion in safeguarding some of the most vulnerable members of our communities and it’s important to note that the APG is a critical forum for MLAs to raise emerging issues that are important to both them and their constituents. We look forward to working with all members in the months ahead.”